Review: Shütshimi is a fish-themed shooter you won’t forget 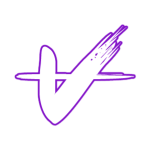 We know, we know. This game has some time in the wild, so it’s nothing new. But Shütshimi got released for Wii U and it caught out attention, so we played it like there’s no tomorrow and here are our impressions.

Well, the starting point is that, the game is about a fish with memory problems, yes, like Dory from Finding Nemo. He has big muscles, so winning fights is not a problem, but acting fast, before the memory goes off is a must.

There are a lot of different enemies, gameplay is smooth, and the bosses are challenging. It looks great on the Wii U controller screen.

The game has local co-op mode, so it’s twice the fun if you invite someone around who was just watching you play.

The game is also available on PS4, PS Vita, PC and Mac, so there’s an option for almost everybody.

We liked the game a lot, it has that nonsense retro feeling some games have lost or try to have, without success. So, if you like shmups, go and buy it!