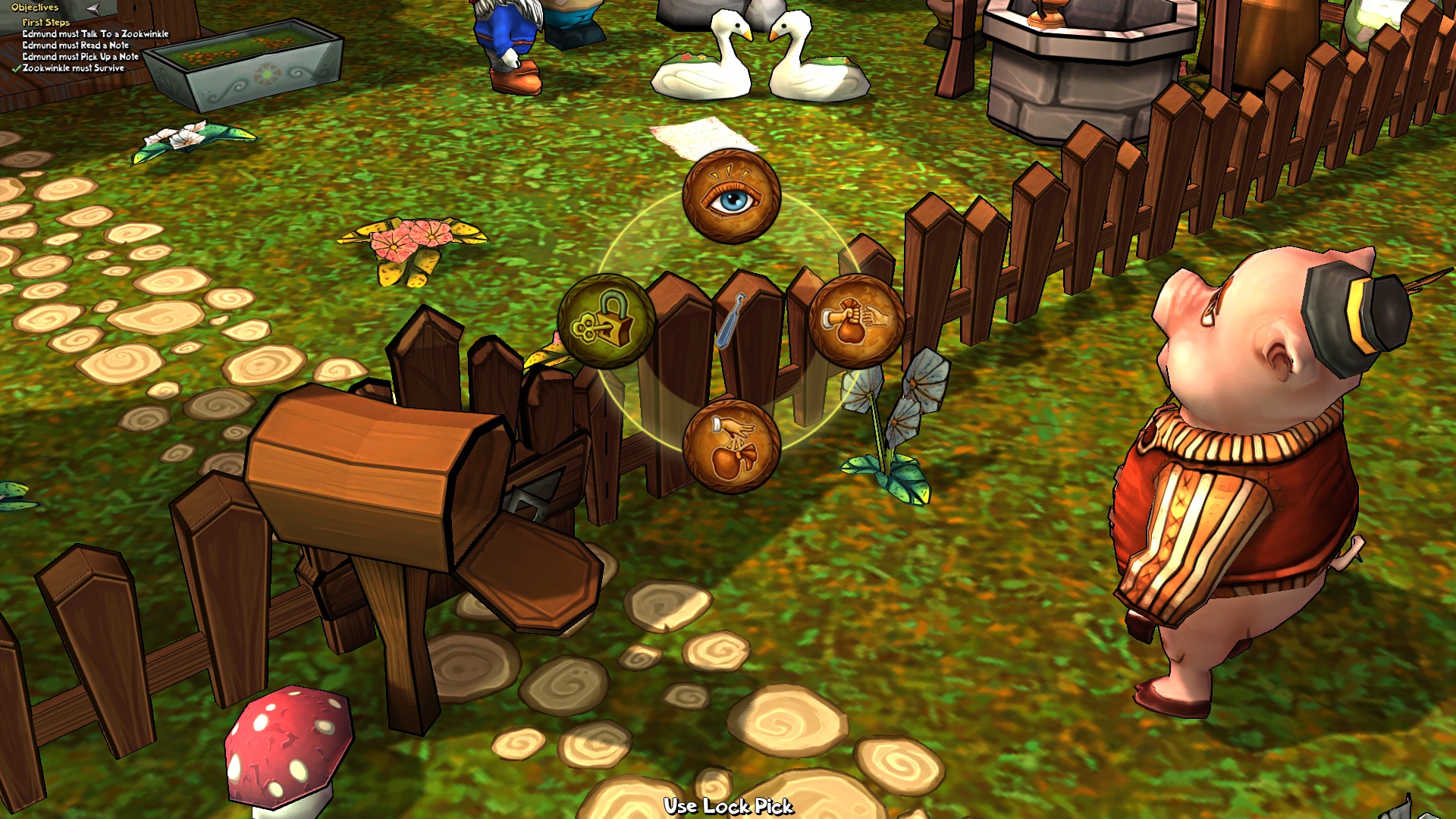 What do pigs, portals, and puzzles have in common with a gamer’s imagination? Find out next week when Adventurezator: When Pigs Fly hits Steam Early Access! Pigasus Games, a wise-cracking team of adventure game enthusiasts, announced today that its Kickstarter success and Steam Greenlight-approved adventure creation game, Adventurezator: When Pigs Fly, will be available July 23 as an Early Access title on Steam for PC, Mac, and Linux.

Self-proclaimed as “an emergent adventure game about creating emergent adventure games,” the amazing Adventurezator is all about letting gamers create, share, and play their own point-and-click adventures, without all that scripting or fancy technical knowledge. Within the game’s robust Sandbox Mode, players can design their own cutscenes, characters, puzzles, levels, and campaigns using powerful yet simple-to-use tools and an expansive array of assets. Players will easily be able to find the community’s latest and greatest creations via Steam Workshop.

One of Adventurezator’s most innovative twists on the point-and-click adventure genre is that its gameplay and puzzle-solving elements are emergent. Objects dynamically interact with each other in a variety of ways, so any puzzle can have multiple, unscripted solutions, which are sometimes discovered through absurd and hilarious connections. Feel like scaring that rat into its hole so it trips a switch? Or perhaps the player might create a shrinking potion and crawl through that rathole instead! Other in-game features such as crafting functions, day and night cycles, character battles, and alternate endings can add a greater degree of randomness and depth to any adventure.

The latter half of the game’s title, When Pigs Fly, is a full-length adventure campaign created entirely within Adventurezator as a testament to the game’s creative potential and limitless possibilities. Featuring three alternate endings and exhibiting everything that makes for an awesome Adventurezator adventure, players will meet Isaac Newton, team up with a gnome named Zookwinkle, and even turn water into wine in their quest to reverse the poor protagonist’s piggish predicament.