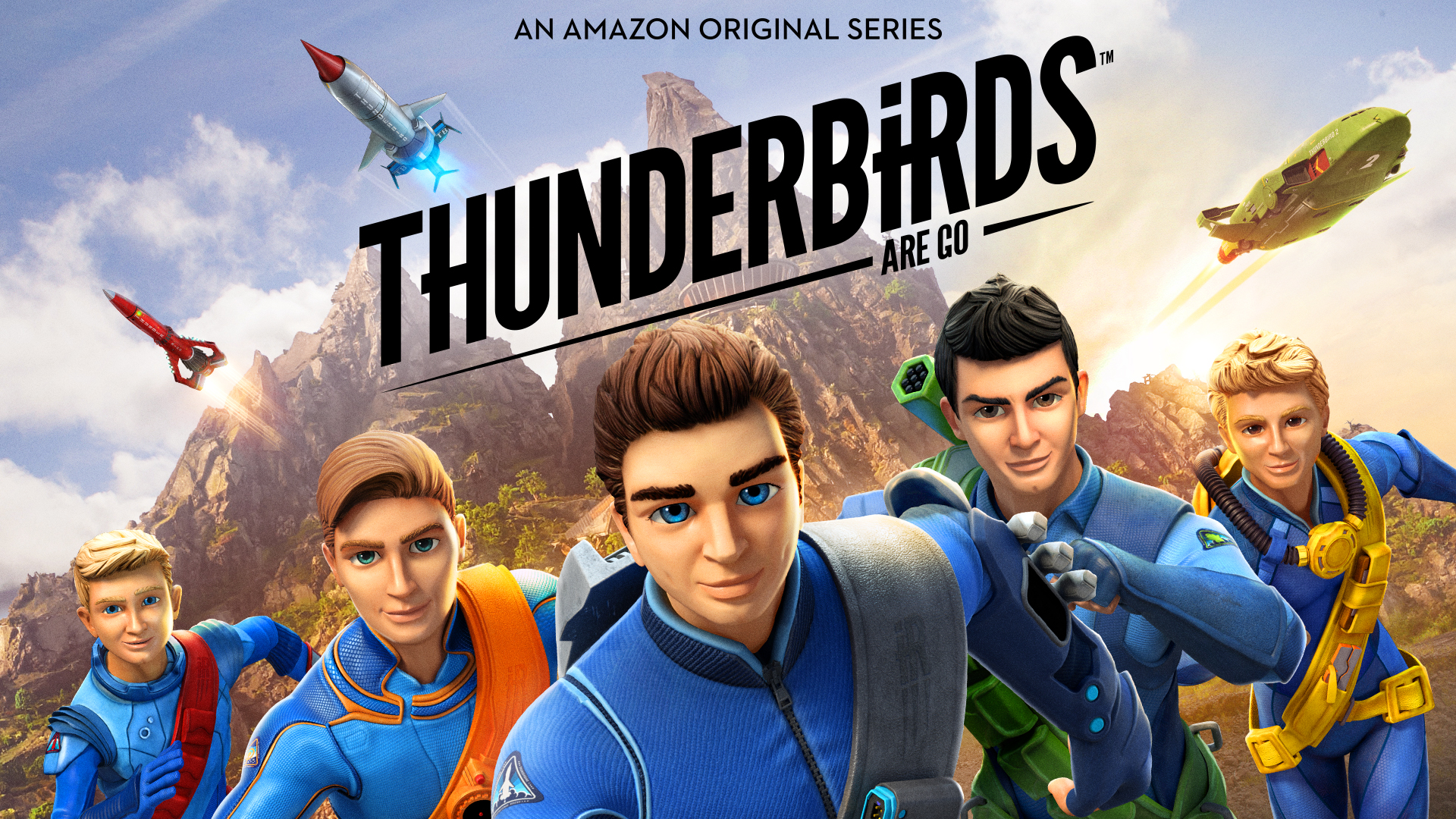 The first season of Amazon’s original animated kids series Thunderbirds Are Go, is now available to stream for Prime members. All 13 episodes of season one are available to stream in the US and Japan, and will subsequently air on Prime Video in the UK, Germany and Austria. Thunderbirds Are Go is a reinvention of the classic Thunderbirds series, and features the world’s most famous family of heroes, International Rescue. Rosamund Pike (The World’s End, Gone Girl) stars as Lady Penelope with David Graham reprising his role as Parker from the classic series.

Thunderbirds Are Go catapults the five brave Tracy brothers back onto television screens, where they’ll pilot their remarkable, cutting-edge Thunderbird vehicles from the depths of the oceans to the highest reaches of space, performing impossible rescues across the globe. Produced by ITV Studios and Pukeko Pictures in collaboration with world-famous Weta Workshop, the series is made using a unique mixture of CGI animation and live-action model sets. Thunderbirds Are Go will deliver a new level of action-adventure animation for today’s audience while paying tribute to the characters and locations from the original series.