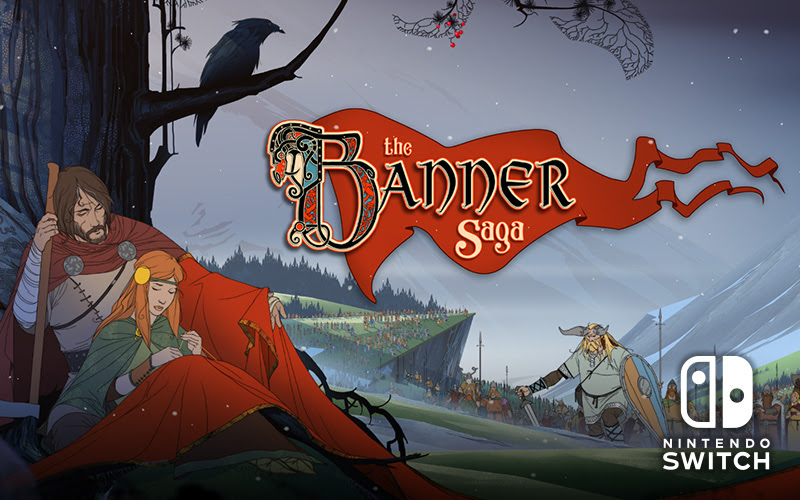 “Congratulations to the Stoic team on another great achievement for the Banner Saga” said Steve Escalante,General Manager of Versus Evil. “For years amazing games like Fire Emblem, which the Banner Saga has been compared to many times over, have set the bar high on Nintendo hardware. Banner Saga has been in great company as an award winning Strategy Game and truly compliments the Nintendo gamer.”

The Banner Saga is a mature story-driven Viking saga, where a player’s choice in travel, conversation and combat determines the outcome of their own personal story as well as the survival of an entire civilization. The game also features stunning 2D animation and art, a unique tactical combat system and a cast of unforgettable characters, all of which drive this epic journey forward.

“The launch of The Banner Saga on Nintendo Switch is very exciting for us and brings together skillfully crafted visuals, an enthralling narrative and strategy to Nintendo Switch gamers waiting to re-experience classic adventures and tactics.” Said John Watson, Technical Director of Stoic.

The Banner Saga, which launched to much critical acclaim has received over 30 awards and nominations, including winner of the 2014 Geekie Awards for “Best Video Game”, winner of 2014 Game Developers Choice: “Best Debut” award, finalist placement for “Excellence in Visual Arts” category at the Independent Game Festival, 3 BAFTA Award Nominations, and winner of Pocket Gamer’s 2015 Best Adventure/RPG Game and Best Android Game of the Year.