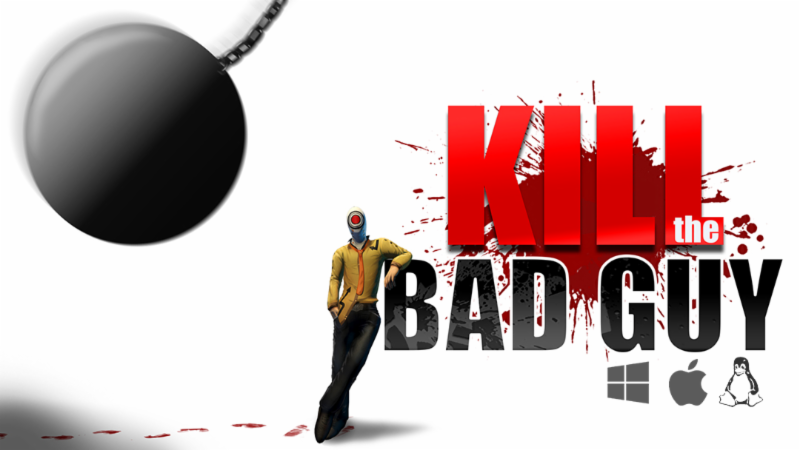 Get ready for some gory fun. Independent game developer Exkee has unveiled that they will be releasing their blood-soaked puzzler, Kill the Bad Guy, on Steam and other digital platforms May 28.

To celebrate the game’s upcoming release on Windows, Mac, and Linux via Steam and other digital distributors, Exkee has put together a blooper reel that features some of the silly glitches experienced during development before they were nipped and tucked from the final game.

Kill The Bad Guy is a puzzle-based game with a seemingly calm, utopian atmosphere, but in actuality, it is a veritable playground for which to serve vile evil doers their just desserts! Players will act as a shadowy justice, manipulating the tangible world from afar as the unsuspecting Bad Guy goes about his day.

Use intelligence and trickery to find the best way to lure the Bad Guy into a trap. Once the Bad Guy is zeroed in on, players can choose an accessible tool best suited for the job: a runaway car barreling straight towards him, a razor-sharp propeller from a defective air-conditioner unit, or perhaps a wrecking ball which happened to “accidentally” detach itself from an excavator. What will it be?

Every level provides the possibility to splatter and destroy the Bad Guy using various weapons and traps. Simply put, it is up to the player to put the Bad Guy in the wrong place at the right time!