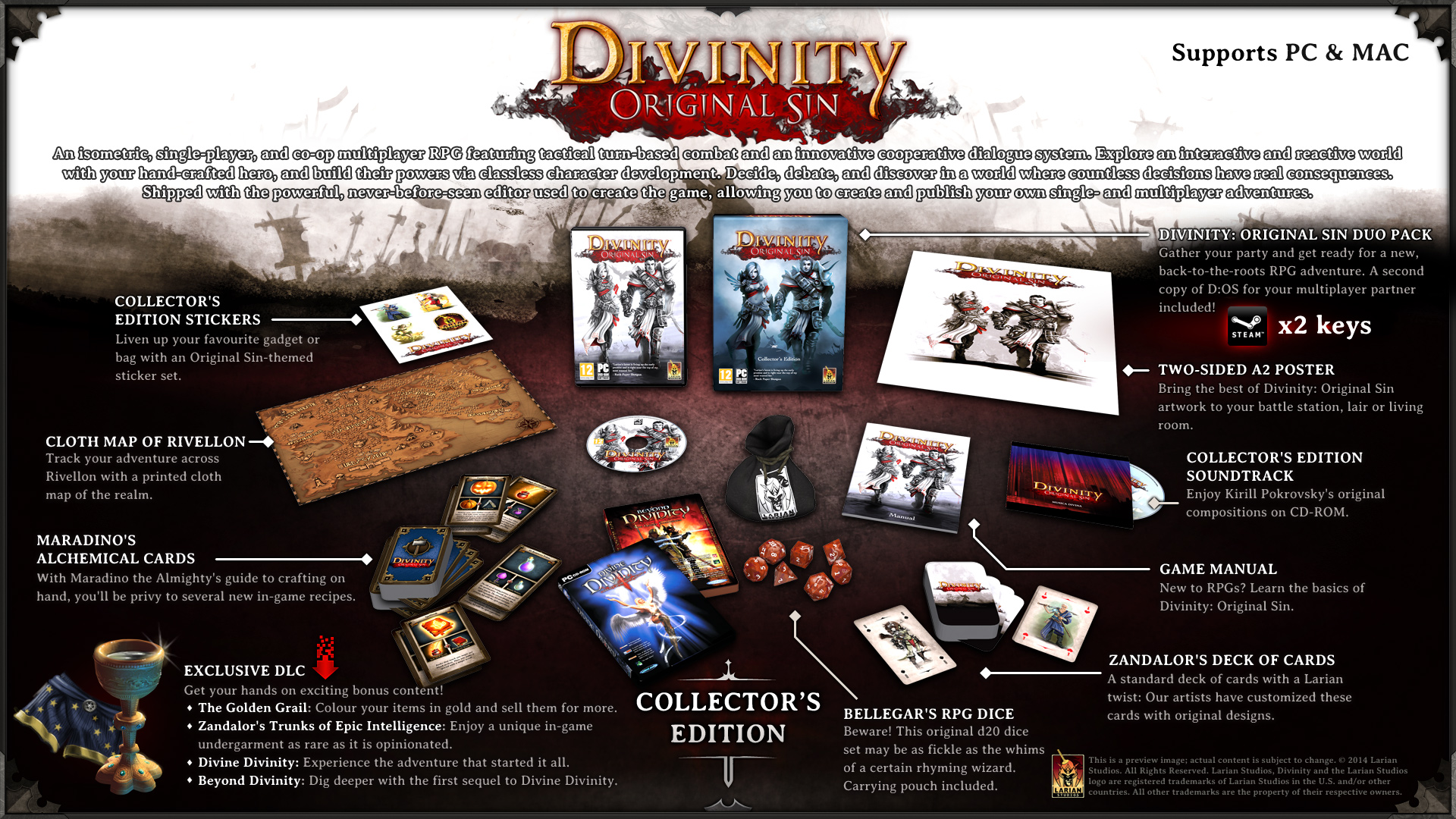 Additionally, a massive new update to the game’s beta on Steam Early Access unlocks a fully-functioning version for Mac.

PC and Mac players can now also play together on-the-go with the newly-implemented “Laptop Optimized” mode.

About the Collectors Edition
Of the 3,000 English-language units of the Collector’s Edition, 1,500 have been claimed by Kickstarter backers.

The remaining 1,500 are available for 69.99 EUR, exclusively at www.larianvault.com.

With just a couple thousand physical copies available for purchase and absolutely packed with content, the Collector’s Edition is a must-have for any Divinity fan – or any RPG aficionado – and is now available via the Larian Vault for 69.99 EUR.

About the Mac Version
The Mac version features full Retina support, an improved “Laptop Optimized” mode, and support for a wide range of systems. Purchase of either the Mac or PC version of the game grants you access to both versions.

The minimum system required is Mac OS X 10.8/10.9 with 4GB of memory. The game will run on Intel HD 3000 & 4000 graphics cards, but those should be considered minimum requirements. For integrated chipsets like Intel Graphics, we highly recommend 8GB of memory.

About the Steam Update