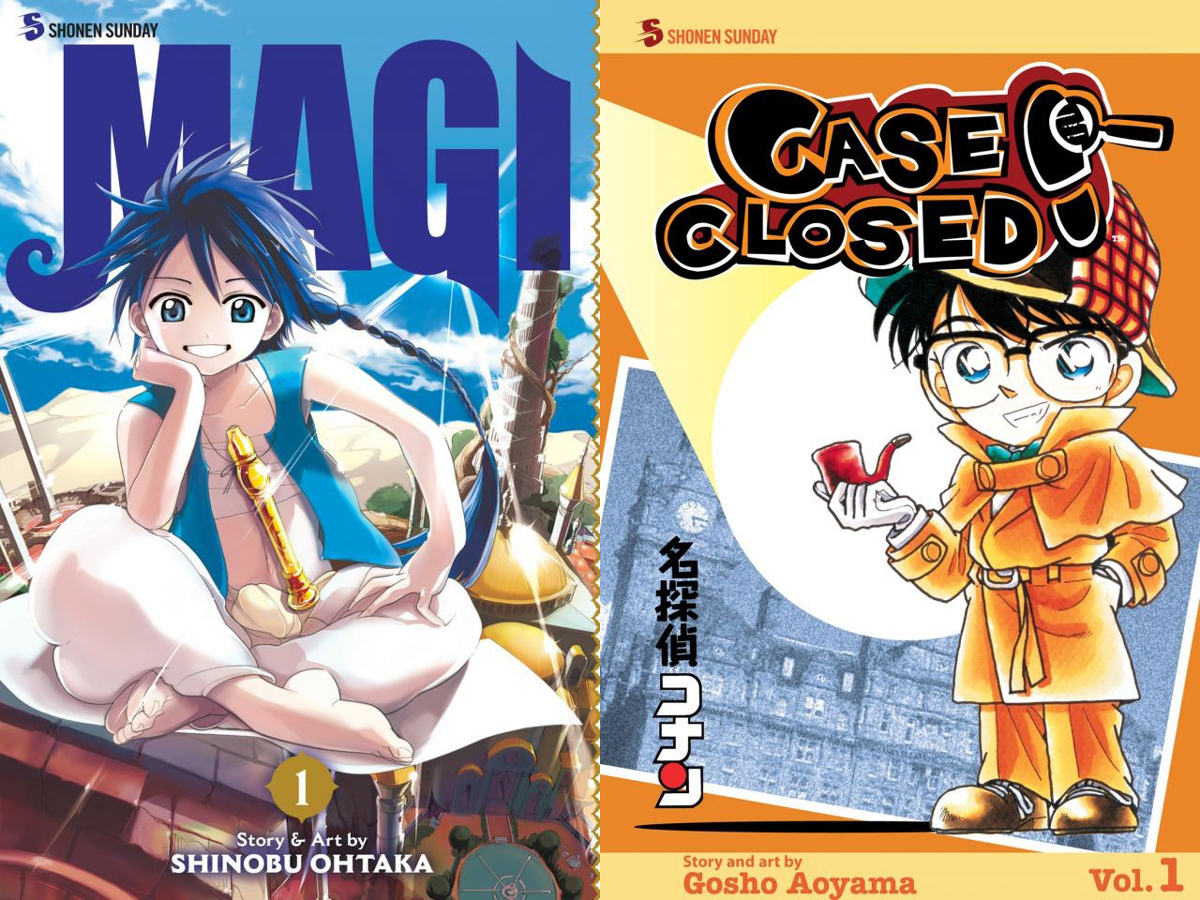 VIZ Media and comiXology have announced a massive addition of over 650 new VIZ Media manga titles originally published in Japan by Shogakukan available now in English on comiXology.com and on the comiXology app for Fire tablets, iPad, iPhone, Android and Windows 8.

Today, over 650 new manga volumes, spanning more than 65 acclaimed series, and all in English, have been added to the comiXology platform for manga fans to browse, buy and enjoy. Many VIZ Media series are now available in their entirety and span an extremely diverse range of adventure, action, sci-fi, horror, mystery, and romance genres. New volumes of fan-favorite continuing series are added to comiXology each week as part of VIZ Media’s regular weekly digital manga update schedule.

“With this latest update manga fans now have even more to love with these VIZ Media Shogakukan books,” said comiXology CEO and co-founder David Steinberger. “VIZ Media’s huge library of classic and fan-favorite series offer something for every reader and every week we’re bringing even more to the comiXology platform.”

“The latest titles to join comiXology’s catalog substantially expands the VIZ Media roster of series available through the platform, and we are thrilled to deepen our relationship with this innovative platform and offer so much exciting new content to fans,” says Eric Eberhardt, VIZ Media’s Director of Digital Marketing. “Readers are increasingly enjoying their favorite titles digitally, and comiXology has become a great destination for them to access a broad array of content. This latest update provides the latest installments for scores of continuing VIZ Media series and the complete runs of dozens of other acclaimed legacy titles.”

MAGI Vols. 1-10  Rated ‘T’ for Teens  Continuing Series
Deep within the desert lie the mysterious Dungeons, vast stores of riches there for the taking by anyone lucky enough to find them and brave enough to venture into the depths from where few have ever returned. Plucky young adventurer Aladdin means to find the Dungeons and their riches, but Aladdin may be just as mysterious as the treasures he seeks.

CASE CLOSED Vols. 1-53  Rated ‘T+’ for Older Teens  Continuing Series
Jimmy Kudo, the son of a world-renowned mystery writer, is a high school detective who has cracked the most baffling of cases. One day while on a date with his childhood friend Rachel Moore, Jimmy observes a pair of men in black involved in some shady business. The men capture Jimmy and give him a poisonous substance to rub out their witness. But instead of killing him, it turns him into a little kid! Jimmy takes on the pseudonym Conan Edogawa and continues to solve all the difficult cases that come his way. All the while, he’s looking for the men in black and the mysterious organization they’re with in order to find a cure for his miniature malady.

BLACK BIRD Vols. 1-18  Rated ‘T’ for Teens  Complete Series
There is a world of myth and magic that intersects ours, and only a special few can see it. Misao Harada is one such person, and she wants nothing to do with magical realms. She just wants to have a normal high school life and maybe get a boyfriend. But she is the bride of demon prophecy, and her blood grants incredible powers, her flesh immortality. Now the demon realm is fighting over the right to her hand… or her life!

THE DRIFTING CLASSROOM Vols. 1-10  Rated ‘M’ for Mature Readers  Complete Series
Out of nowhere, a Japanese elementary school is transported into a hostile world. Soon, the students and teachers must struggle to survive in impossible conditions, besieged by terrifying creatures and beset by madness. Part horror, part science fiction, THE DRIFTING CLASSROOM is a classic can’t-put-down manga series from horror manga master Kazuo Umezu.

HAPPY MARRIAGE?! Vols. 1-10  Rated ‘M’ for Mature Readers  Complete Series
In order to help her father, Chiwa Takanashi agrees to an arranged marriage with the company president, Hokuto Mamiya  a man she doesn’t know  at the request of Hokuto’s grandfather. Chiwa believes the arrangement isn’t binding, but her new partner seems to think otherwise. Can two strangers living together find their way to a happy marriage?!

ITSUWARIBITO Vols. 1-13 · Rated ‘T+’ for Older Teens · Continuing Series
Utsuho’s truthfulness as a child resulted in an enormous catastrophe, and he decided to lie from that day forward. Raised in a village of orphans by a monk, Utsuho is an unrepentant troublemaker. The monk eventually inspires him to help people, but there’s no way Utsuho’s going to lead an honest life! Instead, he’s going to use his talents for mischief and deception for good!

MIDNIGHT SECRETARY Vols. 1-7 · Rated ‘M’ for Mature Readers ·Complete Series
Kaya Satozuka prides herself on being an excellent secretary and a consummate professional, so she doesn’t even bat an eye when she’s reassigned to the office of her company’s difficult director, Kyohei Touma. He’s as prickly  and hot  as rumors paint him, but Kaya is unfazed… until she discovers that he’s a vampire!!