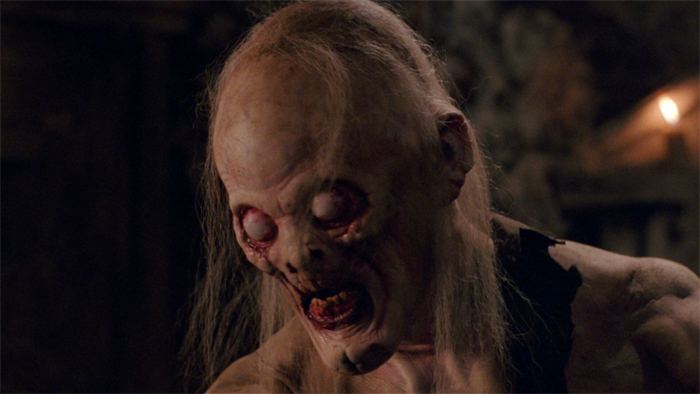 Featuring genre favorite Jeffrey Combs (Re-Animator), the “playful mash up of Night of the Living Dead-style ghoul-siege” arrives on Blu-ray for the first time ever remastered in 16×9 widescreen & 5.1 Surround, digitally restored from the original 35mm camera negative.

Based on the writings of HP Lovecraft, and starring John Finch (Kingdom of Heaven) , Blake Adams (Head of the Family) , Ashley Laurence (Hellraiser) and the legendary Jeffrey Combs, Lurking Fear is regarded a “little gem” by the horror community.

The town of Leffert’s Corners has been plagued by unearthly beings for decades, and now there is only a few people left, including the local priest and a woman traumatised by the death of her sister. But when John Martense turns up to claim his illicit family fortune, with bad guys in pursuit, the last stand had become a lot more complicated….

What everyone is not aware of are the humanoid creatures lurking underneath the holy grounds!

Available for the first time on Blu-ray with exclusive special features, Lurking Fear will available from Full Moon Direct and Amazon.com.