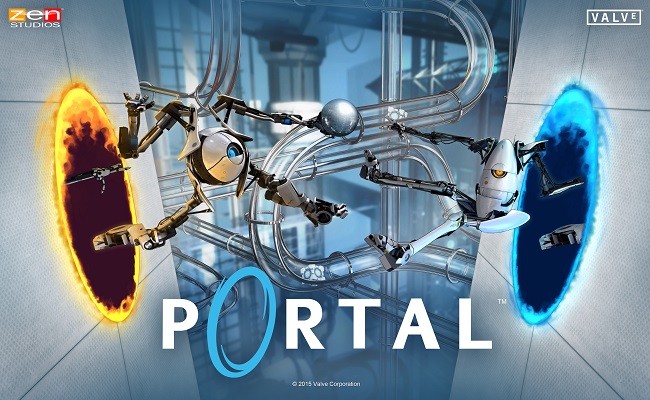 Valve and Zen Studios have revealed the fruits of their recently revealed collaboration, taking one of the most beloved game series of the past decade, Portal, and giving it the pinball treatment! Portal pinball will be available on Zen’s pinball platforms, including Zen Pinball 2 and Pinball FX2, on the week of May 25, 2015.

Crafted in collaboration with Valve and Zen Studios, Aperture Laboratories is proud to reveal the “Aperture Science Heuristic Portal Pinball Device”, proving that persistent experimentation is not only the hallmark of good science for the benefit of mankind, but also incalculably fun!

Guide Chell and Wheatley through test chambers by navigating portals, using aerial faith plates, defeating turrets and facing other obstacles, and battling against GLaDOS as you attempt to escape the facility and reach the surface. Team up with ATLAS and P-Body for their Cooperative Testing Initiative Multiball and wreak havok on the Turret Factory by discovering Ratman’s hidden mini playfield.